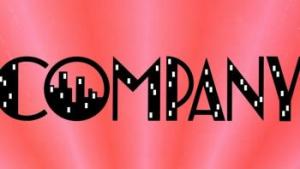 GHC Presents "Company." Winner of six Tony Awards including Best Musical, Stephen Sondheim’s Company is regarded as a trailblazer of the dark-comedy and modern-musical genre.

Directions: The Music Pavilion Rehearsal Hall is located on campus, up the hill. NOT at the Bishop Center.

On the night of his 35th birthday, confirmed bachelor Robert contemplates his unmarried state. Over the course of a series of dinners, drinks, and even a wedding, Bobby's friends share the pros and cons of taking on a spouse, forcing him to question his defense of singlehood. Stephen Sondheim's Company is largely regarded as a trailblazer of the dark-comedy, modern-musical genre, and features a brilliantly brisk and energetic score containing many of the composer's best-known songs.

Everyone will sing a short portion of the opening song "Company" and perform a short dance routine.

We will teach you the song and dance at the audition, but you can prepare by learning it in advance:

Our lead choreographer (Michael Amendola) shared the dance combination for us to review. Choreography is to the same music selection as the vocal audition:

You might be asked to sing a short segment from an additional song ("Callback") even if you're not being considered for that character, but as a proxy for other roles. The callback audition gives the panel more information about your voice and personality. To better prepare, consider becoming familiar with one or more of these songs. Contact Dr. Gaines if you would like more information about the songs.

ANOTHER HUNDRED PEOPLE (Sung by Marta)

GETTING MARRIED TODAY (Section sung by Jenny, as the Officiant)

MARRY ME A LITTLE (Sung by Bobby)

If you would like sheet music for any song, please email your request to Andrew Gaines.

The story's protagonist, a keen observer who appears to be happy. He is the only one in his circle still single. Terrified of marriage, but fears a lifetime of loneliness. Role requires a physically intimate affectionate scene in a bed with April. Consent-based practices will be used to collaboratively create a safe and dramatically effective scene with the actors. Role also requires simulation of smoking marijuana (with non-intoxicating herbs).

Harry's hypercritical wife. She is an avid learner of karate and tends to overeat. Open, accepting, and loving. Role requires a physically intimate fight scene with Harry. Consent-based practices will be used to collaboratively create a safe and dramatically effective scene with the actors.

Sarah's husband. He is a recovering alcoholic. Believes the advantages of marriage outweigh the disadvantages. Role requires a physically intimate fight scene with Sarah. Consent-based practices will be used to collaboratively create a safe and dramatically effective scene with the actors.

A delicate southern belle. Peter's wife and ex-wife. Motherly in her affections towards Robert.

Susan's husband. The perfect husband and ex-husband. He is very liberal in his view of relationships.

Quietly manipulative, simultaneously square and wise. Loves her husband, David, and will indulge him from time to time. Role requires simulation of smoking marijuana (with non-intoxicating herbs).

Jenny's husband; relaxed and always in control. Believes a man should be married and that the sacrifice of freedom is worth what you get in return. Role requires simulation of smoking marijuana (with non-intoxicating herbs).

A frantic neurotic engaged to Paul but terrified of marriage. After a mental breakdown, she finally realizes that Paul is, in fact, her soulmate.

Amy's fiancé. Patient with her neurotic nature. Fully commits to the idea of marriage and encourages Robert to do the same.

Acerbic and demanding. Too old to be part of the young crowd but would not fit well with the older crowd. Puts on a brassy front that melts when she is alone with her husband, Larry. Role requires simulation of drinking alcohol (with non-intoxicating liquid).

Joanne's husband. Stoic and centered, but has moment of goofiness. Indulges his wife's behavior but knows when to put his foot down.

A girlfriend of Robert's. Intensely modern, seeking adventure and excitement in the City.

A former girlfriend of Robert's, now considered a good friend. She plans to leave the City for a life of domesticity. Sweet and loving.

A girlfriend of Robert's. She is a flight attendant who came to New York to live in Radio City. Ditzy and adorable. Role requires a physically intimate scene in a bed with Bobby. Consent-based practices will be used to collaboratively create a safe and dramatically effective scene with the actors.

NOTE: This show does NOT feature a separate "Ensemble" or "Chorus." We are looking to cast a maximum of 15 people, most of whom have substantial part(s) to play. There are several songs where the whole cast is on stage.

January 3 - March 1, 2023 (plus one Cast Meeting in December held shortly after cast is announced). Expect 3 - 4 weeknights and most Saturdays, but not everyone will be needed for every rehearsal until January 30.

If you have questions about the auditions, please email Dr. Andrew Gaines.