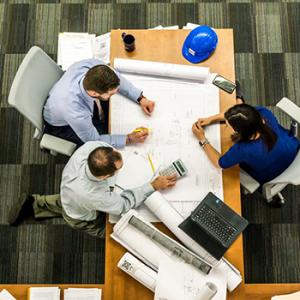 Are you interested in designing stuff, building things, or working towards solving the world's problems? If so, earning an engineering degree could be a great start!

Engineers are individuals who combine knowledge of science, mathematics, and economics to solve technical problems that confront society.  Nearly all the man-made objects that surround you result from the efforts of engineers.  Engineering has existed since humans invented simple machines such as the wedge, lever, wheel, and pulley.  Engineers built the pyramids of Egypt pre-Columbian America, the Roman Coliseum, and the Great Wall of China.  Engineers will build the next generation of computers and mobile phones, self-driving cars, space craft that go to Mars and beyond, the submersibles that travel to the bottom of the ocean, and the nanorobots that deliver medicine to patients.

Engineers can find employment in a wide variety of areas such as automotive, aviation, computers/software, construction, education, electricity generation, manufacturing, medicine, and robotics.